It has now been confirmed that the state funeral of HM Queen Elizabeth II will be on Monday 19th September 2022, which will also be a national bank holiday. The government have advised that this will allow individuals, businesses and other organisations to pay their respects to Her Majesty and commemorate her reign, while marking the final day of the period of national mourning.

I am sure that most employers in the travel industry shall be observing the national bank holiday on the day of the funeral. However, there will be some employers who need staff to work on the day, so what does this mean for employees and indeed employers?

Firstly, whilst it has been declared a national bank holiday, it is to be treated the same as other bank holidays. This means that there is no automatic right to the day off and it is a matter for discussion between individuals and their employer.

If the contract has not limited entitlement to bank holidays and refers to all bank/public holidays then there is clearly an argument that employees are entitled to the day off. Additionally if contracted working hours include working on a bank holiday, then a discussion will need to take place between the employee and employer, as to what happens.

If it is not a contractual entitlement to take the day off as a bank holiday, then it will be very much at the discretion of the employer and the government has stated “We expect employers to respond sensitively to requests from workers who wish to take the day of the funeral off work”.  If the employer is not planning to close for the day of the funeral perhaps due to operational needs, then employees may need to request a day’s annual leave. 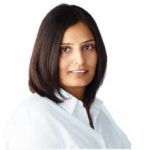